Bill and Ann Peckham are the founders of Eagles Wings Children’s Village.  Prior to retiring in 1999, Bill taught school in the province of Manitoba, Canada.  His first year of teaching was at Margaret Barbour Collegiate in The Pas. Then, for nearly 20 years, he taught at Nelson McIntyre Collegiate in Winnipeg. During this time, Ann worked for Motor Coach Industries in the office in Winnipeg. After completing his Masters Degree in Education Administration, Bill worked as Principal of the Berens River School for four years and then, for the next six years, he worked in the Resource Department with the Special Education program in Ebb and Flow School.

When Bill retired from teaching, Bill and Ann settled into Bill’s family home in Gilbert Plains where he had been raised. The couple attended Parkside Gospel Church, south of Dauphin, Manitoba, where they served on the Missions Committee. During the summer of 2000, they spent a month in Amsterdam, serving as volunteer stewards at a Bill Graham conference. After the conference, they travelled to Athens, Greece, where they visited church friends who were with Hellenic Ministries in Athens. While doing some volunteer work at the Hellenic Ministries Office in Athens, Bill and Ann were invited to return as soon as possible to assist with planning and implementing a Christian International Conference, HELLAS 2002. The Lord opened the door for them to return to Athens in May, 2001. Bill served as an English Registrar and Ann worked on the office computers, updating their English Data Base and handling many worldwide mail-outs.

Plans were then made to travel to Uganda, Africa, in August, 2002, in order to visit with a Ugandan minister who had lived in the Peckham home in Winnipeg, Manitoba, for six months during 1986-87. Although they planned to stay only three months in Uganda, helping out as needed in the Diocese of West Buganda, they ended up spending nearly two years there, returning to their home in Manitoba in mid-June, 2004.

While in Uganda, Bill and Ann became aware of the plight of thousands of orphans in the diocese, and they developed a burden to try to do something for some of these children, including those who might be living with HIV/AIDS. They used the information that they gleaned from visiting orphanages throughout the country to start planning their own program on a piece of land located near Lukaya, in Southern Uganda.

Eagles Wings Children’s Village was recognized as an NGO (Non-Governmental Organization) in Uganda on July 27, 2004.  It became a registered charity in Canada as well.  In the spring of 2005, it was incorporated in Uganda and Canada. Both a Ugandan board and a Canadian board were formed.

Since October 17, 2005, Bill and Ann Peckham have been residents of southern Uganda, in East Africa, where they work as volunteer directors of Eagles Wings Children’s Village. 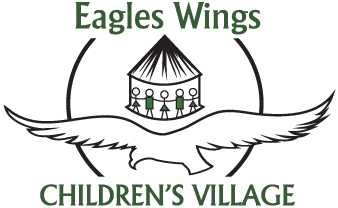