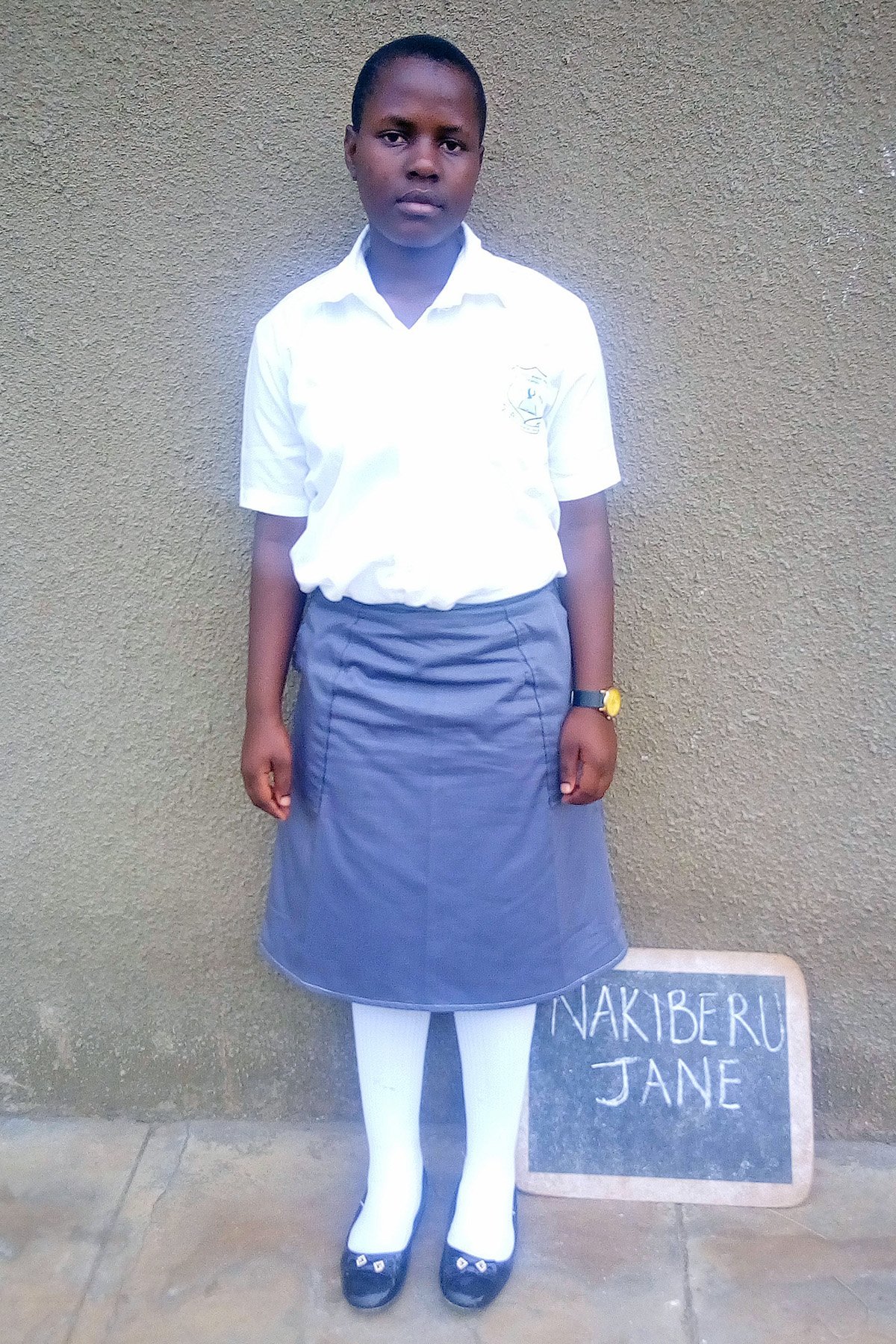 Jane is 15 years old.  She is in Senior Two at Eagles Wings High School.   Jane is humble and God fearing.  Her father and mother died when she was one year old, and she was taken in by her paternal aunt. Her aunt was very unkind to her and abused her in several ways which made her sickly all the time. She became malnourished almost to the point of death.  When she was three, her maternal aunt decided to come and pick her up, thinking that she is going to bury her. Because of God’s mercy, Jane lived. Uncle Allan, a social worker from Eagle’s Wings, enrolled her in Eagles Wings in 2008.   She was placed in Family #3 at Eagles Wings Children’s Village. Jane now resides with her maternal aunt in Bukomansimbi District.

Jane hopes to become a secondary teacher specializing in agriculture and geography. She loves studying and she is very hard-working. Please make a lasting difference in Jane’s life by sponsoring her!